Past and Present Productions 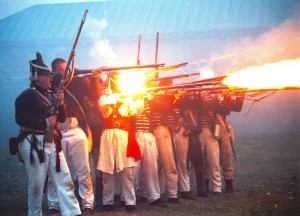 On the eve of the War of 1812, British and American commanders joined in a toast to King and President. Then they went off to battle one another in a four-year bloodbath that decided the future of Canada. Two centuries of peace have dimmed the memory of the War, just a date in Canada’s history, yet every year the bloody, fiery horror comes to life as uniformed re-enactors dramatize the battles that took place along the St. Lawrence, Niagara and Detroit Rivers to the Upper Great Lakes. Produced by Anne Martin and broadcast on PBS this series of vivid dramatizations provides a glimpse into lives disrupted forever by the War of 1812 and illustrates a globally important stage in human history – the clash for control of the northern half of the North American continent. More…

The 90-minute television documentary tells the story of how an isolated trading outpost evolved into a world-class city. 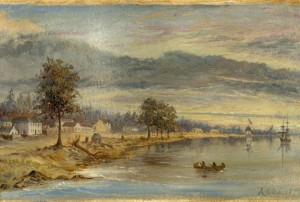 In the 1790s the Queen’s envoy, John Graves Simcoe, arrived at what was once a small French trading post on Lake Ontario and decided it was a perfect location for York, the new capital of the province of Upper Canada. Incorporated in 1834, Toronto’s history is filled with intriguing characters, tremendous challenges, tragedy and triumph; a history that comes to life with stunning visuals, archival footage and the assistance of archaeologists, historians, authors and curators. More… 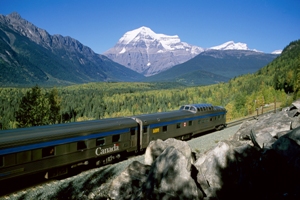 A remarkable three hour journey into the heart of Canada starting on the historic rail trails of Newfoundland and continuing by train nearly 4,000 miles across Canada to British Columbia. En route the country is explored from historical and modern cities to rainforests, wildlife, culture and cuisine. Originally broadcast on PBS stations across the borderlands of Canada and the USA, the program comprises three episodes: Maritime Odyssey; Journey to the Heartland; and Frontiers of the West. The DVD is also distributed by Reader’s Digest in Canada, Australia, New Zealand and South Africa. More…

Fascinating storytellers, archaeologists and historians are the guides to this three-hour documentary that explores England, Scotland, Wales, the Isle of Man and the Emerald Isle. Drink in story-book romance, tradition and legend. Follow in the footsteps of authors and saints. 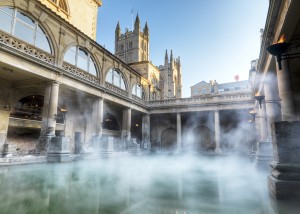 The Roman Baths in Bath, England

This vibrant series presents topical and entertaining information on the world of travel: where to go, how to get there, what to see, and how much it costs. On Top of the World Too was an action-packed half hour, where veteran broadcaster Anne Martin and her team of reporters explored the world’s most exciting destinations. 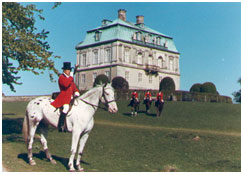 From eco-tours to all-inclusive vacations, cities to luxury cruises, cuisine to castles. Together with handy tips on photography, safety and saving money, dynamic reporting from seasoned travel journalists gave the inside scoop on what to look for and what to avoid. A unique television show that helped viewers make an informed travel decision.

On Top of the World

A uniquely entertaining, informative and internationally-syndicated television documentary series produced entirely on location. In On Top of the World Anne Martin delighted in tracking down the unusual and capturing the essence of every destination. But it was her special ability to portray the cultures and lifestyles that made this a very different travel show. 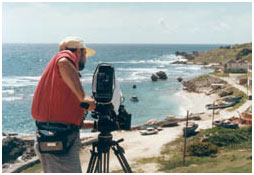 The Canada and Cuba episodes each received Awards. The series was broadcast across Canada on WTN, Vision TV, Alberta Access and Discovery Channel, on PBS and Discovery in the USA, in the UK, Europe, Scandinavia, Middle East, Israel, Singapore and Australia.

In 27 half-hour episodes, The Great Canadian History Series took an off-beat and entertaining look at the history of Canada using films produced by the National Film Board of Canada over the past 30 years. Produced by World Life as a co-presentation of Vision TV and NFB, the series proved to be a sleeper, enjoying amazing success in the ratings to the delight of its sponsors, Confederation Life, Eaton’s and Knob Hill Farms.

The innovative Positively Speaking and Working World were autonomously produced by Anne and her staff at MTV from 1979-84. These daily “live” programs took a fresh positive approach to business.

On the set with Eartha Kitt

Flying with the Snowbirds

On location at the CNE

In 1984, Matinee Magazine was created to expand the business format into entertainment and sports. Guests to this two hour “live” program included such VIP’s as Presidents of corporations, Prime Ministers, entertainers, actors, and athletes.

The Word and the World

Produced for the Canadian Bible Society, the Word and the World was a fast-paced documentary that combined interviews with missionaries, colporteurs, translators and members of the Society, with dramatic footage of China and Russia during this century’s religious persecution. World Life was successful in obtaining national coverage for the program with over 70 stations across Canada.

In Search of our Heritage

Nova Scotia is the location for the seven-part culturally-orientated series In Search of our Heritage which received prime time cross-Canada and U.S. broadcast exposure. This PBS style series, sponsored by Mobil Oil, explored history through arts and crafts, interviews with experts, and local personalities.

Large screen video presentations were produced for The Ireland Fund of Canada Annual Galas and St. Patrick’s Day Luncheons. This non-political, non-sectarian charity organization is supported by business leaders around the world. The luncheons are attended by over 1500 people, including representatives of Canada’s leading companies. Additionally, World Life produced one of the first customized videos for Jumbotron, the world’s largest video screen in the Skydome, Toronto.

The award-winning program Prime Time, aimed at the 50+ market, explored the issues and accomplishments of Canadian seniors. Produced and hosted by Ms. Martin, the series of 52 half-hour weekly programs received the CCTA ’87 Award of Excellence.

For the syndicated morning program, National Business Review, Anne was contracted to co-author and host an information series for a major sponsor, the Bank of Montreal.

The longest running travel show in Ontario, The Travel Show maintained a fast pace of short segments with in-studio guests. Visitors discussed everything from fashion, photography, travel insurance and special bargains. The show featured on-location footage of resort destinations, sports and recreational activities. The Travel Show was retired in 1990.