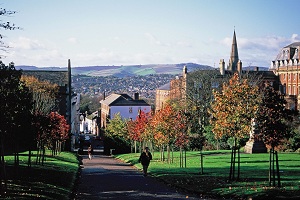 If you want to visit Britain this Jubilee and Olympic year but don’t want to face the congestion and lineups expected at Gatwick and Heathrow, let me recommend one of the smaller regional airport gateways offered by charter airlines.   With Canadian Affair and their airline partner Air Transat, you can choose from Exeter and Newcastle to Shannon, Birmingham, Manchester, Dublin and Glasgow.  And there are still more options with other tour operators. I chose Exeter and Canadian Affair  for two reasons.  Firstly, I was heading to Devon, in the South West of England, so Exeter was an ideal gateway; and secondly, according to spokesperson, Kathryn Munro, “affordability” is the tour operator’s biggest selling tool and cost was a key factor for me with this trip. 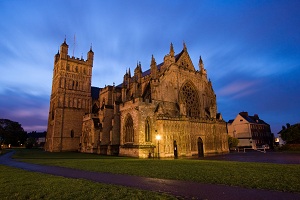 The Toronto/Exeter route operates between May and September and the early season return flight price (approximately $625) was definitely right with Economy, Option Plus and Club options that were all attractive subject to budget.  By choosing Economy I anticipated a number of add-ons if I wanted to travel in style but at least I could make the decision on what was important to me.  Those add-ons include drinks (other than with meals), snacks, comfort packages, head ‘phones, extra baggage allowance, seat selection, and priority handling (me and my baggage).  However, if you can afford it, I’d recommend Club on the outbound overnight flight in order to have a better chance of sleep and be reasonably fresh for your arrival in the UK.

Of course there’s no getting around Toronto’s Pearson Airport and the command performance of arriving 3 hours before lift-off.  But now I can also recommend use of the Plaza Premium Lounge at Terminal 3 which offers free internet, food, drinks, comfortable seats, tv, magazines, toilets and shower giving you significantly more comfort than you get hanging around the departure area for two hours or more.  There’s a price for this of around $35 but it gets discounted depending on your flight (Economy vs Club) and is included as a benefit of some credit cards. 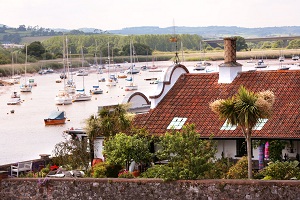 My flight was a weekly and weekday departure from Toronto on Tuesday evening and arriving early Wednesday morning at Exeter Airport adding yet another benefit of not having to battle weekend travelers either on their way to, or returning from, Europe.   I was visiting friends and family for just one week and was soon on my way into Devon using the frequent and relatively inexpensive bus services.  A 90-minute journey cost me approximately $14.  Had I been going further afield I would have chosen to travel by train and can highly recommend a BritRail Pass which you must purchase in Canada.  It has saved me hundreds of dollars in the past – especially when combining travel into England, Scotland and Wales.

All too soon I was on my way back for the return flight. One of the disadvantages of travelling by charter is that departure times are usually early in the morning and that means having to overnight near the airport.

Fortunately for me Google wasn’t overly helpful in pinning down hotels within walking distance of the airport and that’s why I came to be staying at the Queens Court in Bystock Terrace just five minutes from the City centre.   It is a lovely boutique hotel with an award-winning restaurant “The Olive Garden”.  There’s a small bar where you can meet friends or sit and have a drink while you scan the menu and decide on your appetizers and main course.  The food was excellent and freshly cooked. The restaurant is intimate, the seats are comfortable, you can hear yourself talk and there’s no irritating cacophony of sound blaring in the background.  I was so impressed that I asked owner, Paul Bowring if he would give Readers of The Travel Society an incentive to try the hotel out if they should be passing that way and he has offered 20% off the standard rates – book at email: enquiries@queenscourt-hotel.co.uk and mark to the attention of Paul Bowring requesting The Travel Society rate.

I had only planned a half-day in Exeter and wasn’t expecting much of the University town but what an eye-opener.   The history of this old walled City includes stories of Romans, Vikings, William the Conqueror and the Black Death.  Exeter Cathedral, famous throughout England for its Decorated Gothic architecture,  was heavily bombed during WW2 and they have done a wonderful job of restoration and of saving portions of the remains of the City walls and integrating them with pedestrian walkways, 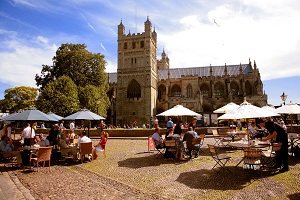 open air patio bars, and colourful gardens integrated with sculptures of famous Devon folk.   There are a number of museums, the latest being the Royal Albert Memorial Museum & Art Gallery.  Along with intriguing exhibitions and events combining medieval art to walks on Dartmoor, ‘ramm’, as it is known, offers some unique interactive workshops on Roman mosaics, magnificent microscopes and the making of prehistoric stone tools, see www.exeter.gov.uk/ramm.

St. Martin’s is just one of several ancient churches surrounding the cathedral, most of which resemble oversized sand-castles sculpted out of the rich red volcanic stone for which this part of Devon is famous and which somehow survived the Norman Conquest, Civil War, Fires and the Blitz.   And yes, there is the University, which makes Exeter a youthful city. Young people thronged the main street which is principally pedestrian with a unique curbed system for single lane buses and cyclists.  All other traffic is fed smoothly around the old centre and down to the Quay. 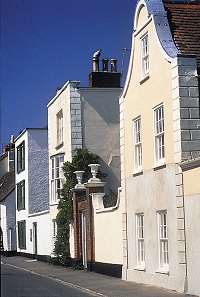 I was so busy checking out the stores and the old city I never made it to Topsham to explore the Dutch architecture and history linked to Exeter’s historic woolen cloth.  But I did visit the Underground Passages, an ancient system that was hand-hewn by stone-masons and built to supply the Monastery and Monarchy with fresh water from St. Sidwell’s Well.  Over the years the tunnels have evolved and Aron, our guide, pointed out guard chambers, wine cellars, explained the varying heights of the tunnels – the average height of medieval man was 5’ 6”—and told us stories of “fleeing nuns” 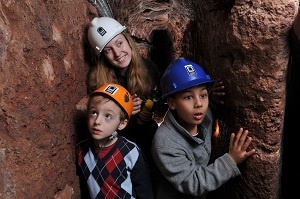 and how when Henry VI opened the tunnels he had them flowing with Bordeaux wine – but those were in the days when the population of Exeter was just 8,000.  Over the years the lead pipes were cannibalized for bullets and cannon balls, the population grew and when cholera struck in 1832 it was realized that the water system was no longer supportive of the City. During the War the narrow tunnels served as bunkers and were packed with people escaping the Blitz.  Today 15 feet above me there were jewellery and drug stores, banks and buses – the plot lines for a burglary or two ran through my mind!   Hard hats are worn and it’s not a tour for claustrophobics, wearing flip-flops, or for children under five, but definitely worth the price of admission, approximately $8 for adults www.exeter.gov.uk/passages

With barely four hours to experience Exeter, I never did make it to the Quay – so on my next trip, the city will be more than just a quick overnight departure point – I’m planning on at least a day or two.  And as for that departure, I left the Queens Court Hotel at 7am, took a cab to the airport, checked in and within 35 minutes (yet another advantage of a small regional airport) was sitting in the comfort of a duty free lounge which even at that hour was providing fresh coffee and a hot cooked English breakfast.

Back on board the Air Transat flight we left on time and then stopped in Newcastle to let passengers off and pick up those who were returning to Toronto.  If you’ve had some complaints about the cramped space of some charter airlines in the past, let me tell you there is more sun shine in the forecast.  Kathryn Munro of Canadian Affair advises there is a complete makeover already in the works with Air Transat spending some $50 million dollars to upgrade in-flight entertainment and on-board services, and most importantly – the seats!  Seems they have partnered with Porsche and Ferrari consultants and are gradually integrating ultra-light-weight and thin, but exceedingly comfortable, seats, giving you (and especially me!) more room for ample cheeks and extra leg space for those tall folk.   And since those seats are lighter the plane should consume less fuel and that means ensuring those flights remain “affordable”.

I wrote the above article for the June/July 2012 online edition of The Travel Society Magazine They have lots of interesting tips and special deals, so you might like to check them out and consider subscribing to the magazine. I’m reprinting my article here with their blessing and hope you will enjoy this concept of flying into smaller regional airports and discovering new places to experience when visiting other countries.