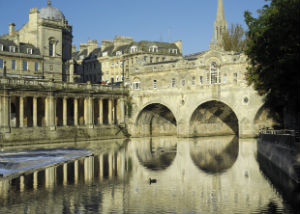 Romans in Kent: The Claudian Invasion

In 43 AD Emperor Claudius planned a major and successful invasion of Britain. In this feature we look at the lighthouses, forts and cities that developed to sustain Roman rule for the next 350 years. Our travels take us from Dover Castle and a Roman painted town-house, to the Saxon Shore Forts of Portus Lemanis, Richborough and Reculver on the Wantsum Channel that separated the Isle of Thanet from the mainland of Kent. This is part 3 of 4 in which we cross the English Channel to explore the Roman connection between Nord-Pas-de-Calais in France and Kent, in England. For more information: check out episode #40 in the Journeys through the British Isles category.

In 55 BC Caesar and his Roman Legions sailed from Boulogne across the Strait of Dover on an exploratory mission preceding his conquest of Britain, but he hadn‘t bargained for the Celtii tribes amassed on top of the cliffs scaring the daylights out of his troops. In this feature we reveal how and where he finally got ashore and the results of his first British experience. This is part 2 of 4 in which we cross the English Channel to explore the Roman connection between Nord-Pas-de-Calais in France and Kent, in England. For more information: check out episode #39 in the Journeys through the British Isles category.

Chatsworth House is one of the great Stately Homes of England and some 30 years ago I had the pleasure and privilege of filming the estate and gardens as a guest of Debo, the Duchess of Devonshire. Debo was one of the famous Mitford Sisters and when she died last year I recalled her graciousness in allowing me access to her staff, the house and the incredible works of art that it contains. This abbreviated feature & interview is cut from a lengthier tv special on England produced in the late 1980s and reveals how hard she and her husband had to work to save the home from the crippling death duties of their ancestors. For more information: check out episode # 38 in the Journeys through the British Isles category.

When the Romans conquered Britain and established roman rule in Canterbury they also discovered Whitstable, a small fishing village on the Kent coast, and Oysters. The shellfish that became one of the most sought after delicacies in the kingdom. For more information: check out episode #36 in the Journeys through the British Isles category.

Discover the hidden side of Ireland on a bicycle. Trails take you across parks and country lanes, along canal paths and by seaside villages. En route you can check out the cemeteries and look up your ancestors, explore Bronze Age burial sites, visit historic churches and ancient healing wells, stop at local pubs and stay at small hotels with intriguing guest books. Our cycling tour ends at Bush Mills with a lesson on the difference between Scottish and Irish Whiskey. For more information check out episode 33 in the Journeys category.

Two folk museums capture the feel of life in the Emerald Isle over a century ago. Along with trains, buses and bikes, the Ulster Folk and Transport Museums showcases buildings collected from all over Northern Ireland and records the evolution of urban lifestyle from when houses had no running water or flush toilets. Bunratty Folk Park in County Clare is a ‘living’ rural community and features a collection of farm buildings, houses and shops representing a typical 19th century village scene. For more information check out episode 35 in the Journeys category.

How are Celtic designs incorporated into the crystal vases in Moycullen? How is clay transformed into beautiful floral baskets of translucent china at Belleek? How do you make a Celtic Bodrum drum? We visit the studios, showrooms and artisans’ workshops to see the experts at work and learn some of their secrets. For more information check out episode 34 in the Journeys category.

The green side of Northern Ireland is revealed as we explore gardens and golf courses. The gardens showcase a variety of plants, sculptures and archaeological themes including Gray Abbey a Cistercian monastery where the herb garden has been preserved, Mount Stewart in County Down, and the 17th century gardens at Antrim Castle. The country’s famous rain provides golfers with the challenge of playing tough holes in wild weather at Royal Belfast, Galgorm Castle and Royal Portrush championship courses. For more information check out episode 32 in the Journeys category.

The history of Belfast is explored from its muddy origins as an inlet of the Irish Sea to its great shipyards and intriguing city architecture. Tours give rise to stories of the Titanic and why the Crown is depicted in the mosaic tiles outside the front door of a well-known pub. The City surprises with opportunities for bird-watchers, genealogists and families seeking an interactive experience at the Odyssey Centre. For more information check out episode 31 in the Journeys category

Emerald Isle: In the footsteps of St. Patrick

Is the gravesite in Downpatrick the final resting place of the great Saint? In search of St. Patrick takes us across the Emerald Isle from Slemish Mountain, an old volcano in County Antrim where he toiled as a shepherd, past ancient healing wells where he would have ministered, to the cathedrals at Armagh and finally Downpatrick. Fact or fiction, the truth of many of the stories that surround the patron saint of Ireland can be learned at the St. Patrick Centre that showcases Patrick’s life and work. For more information check out episode #30 in the Journeys category.